Microbial contamination is not specific to any one fuel type - marine, aviation, automotive and home heating fuels are all susceptible. Similarly there is no single specific organism that can be identified as being responsible for degradation and spoilage. As a general rule, wherever fuel and water come into contact in a storage or distribution system microbial contamination is likely to occur.

No matter how well maintained a storage system is a water bottom is almost invariably present. This results from a number of sources:

· Freshly refined fuel contains some water. This separates out as the fuel cools down.
· Atmospheric condensation: humidity in the air in the storage tank condenses out and adds to the water bottom.
· Rain or snow may enter the tank via sampling ports, breather vents or ill-fitting seals on floating roofs.
· Transport or storage in tankers or barges can result in contamination from ballast water.

In addition certain end use applications - notably marine fuel - provide opportunities for water to enter a storage system. Water from all of these sources accumulates in the storage tank to form the water bottom.

In the initial stages of contamination the organisms present are predominantly aerobic, using the dissolved oxygen in the water for respiration. As this supply of oxygen is depleted, anaerobic organisms, known as sulphate reducing bacteria, develop. These organisms do not require oxygen for respiration and form corrosive waste products such as hydrogen sulphide.

Once a microbial population becomes established fuel quality rapidly deteriorates. As outlined below problems such as haziness, failure to meet specifications, corrosion, filter plugging and additive degradation can occur. All of these problems are related directly to the presence of microorganisms or their associated by-products.

This is a clear indication that fuel is out of specification. The primary cause of haziness is an increase in the water content of the fuel resulting from the production of biosurfactants. These are by-products of microbial growth and alter the surface tension at the fuel/water interface. As a consequence the solubility of water in the fuel is increased.

Certain additives, especially those rich in nitrogen and/or phosphorous, encourage microbial growth. In the process the additives are degraded and consequently their effect is lost.

Hydrogen sulphide is produced by sulphate reducing bacteria. This enters solution and is highly corrosive, causing severe pitting of fuel tanks and pipework.

Sludge Formation: Microbial debris is deposited on the tank bottom where it forms a layer of sludge. This sludge creates an environment which favors microbially induced corrosion. It may also become contaminated with viable microorganisms and unless removed will act as a reservoir of infection every time the tank is used.

Biopolymers are formed during microbial growth. These are gummy products, which, along with microbial and other debris, are deposited on filters and pipes leading to reduced flow rates and blockages. At end user level this can have serious consequences causing engine damage and in extreme cases complete failure.

A problem commonly associated with microbially contaminated fuel is that of foul odor. This is principally as a result of hydrogen sulphide production by sulphate reducing bacteria.

Although microbial spoilage and contamination occurs in a wide range of fuel types, some have been found to be more susceptible than others. For example, straight chain paraffins tend to be more readily degraded than aromatics and olefins.

The duration and conditions of storage are also important. If there is a low turnover of a stored fuel, such as in a strategic reserve, contamination is much more likely to develop. Poorly maintained or outdated storage facilities also present greater opportunities for contamination.

In the majority of cases, in addition to the microbial contamination at the fuel water interface there is a sessile population attached to the tank walls. This is frequently overlooked. Unless treated it will act as an innoculum reservoir for future contamination. 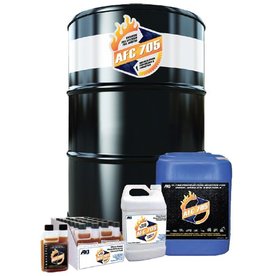 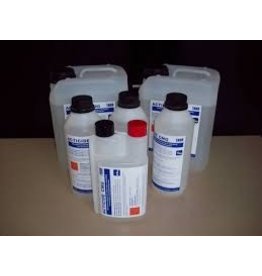 ACTICIDE® CMG Acticide CMG is a highly active biocide to prevent and combat bacteria in all types of fuels such as diesel, gas oil, fuel oil and kerosene.
Gives protection, cures and is also highly active in the water phase.
Add to cart
THOR Acticide CMG 0.5L
€24,50 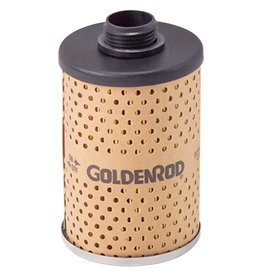 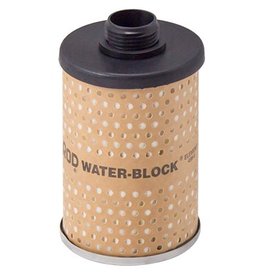 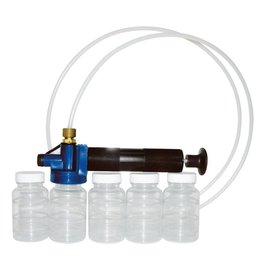 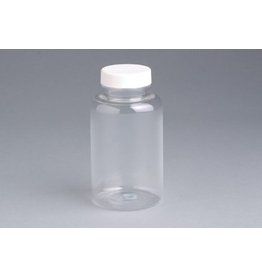 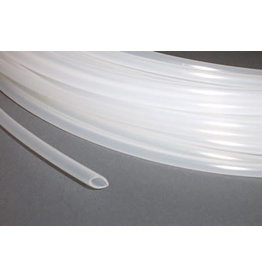 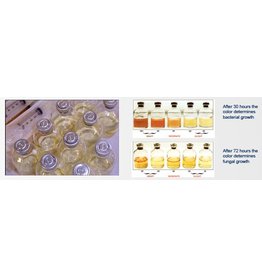 Diesel Test Kit
Add to cart
MCE Chemicals Liqui-Cult Fuel Test KIt
€21,95
By using our website, you agree to the usage of cookies to help us make this website better. Hide this message More on cookies »